With the richness of the coffee taste comes a rich history. Coffee has been in existence for thousands of years and has an interesting history that is full of tradition. Its discovery can still be considered a mystery and there are many legends and stories that tell how coffee came into popularity.

It has been said that the first coffee plant originated in the Horn of Africa. The native tribes would grind the coffee cherries and then mix it with an animal fat. This mixture would then be rolled into small balls and given to warriors as a source of energy.

Coffee has also gained a mystical reputation with many legends attached to its origin. One of the popular legends dates back to around 800AD, which said that an Ethiopian shepherd named Kaldi saw his goats beside a shrub that had red fruit. He noticed his herd dancing from one coffee shrub to another, grazing on the cherry red berries containing the beans. He copped a few himself and then found himself frolicking with his flock.  A monk who witnessed this then plucked berries for his bothers and that night they were uncannily alert to divine inspiration.

Aside from that, coffee’s origin can also be found in historical writings. Cafes were seen in Constantinople at the time when Columbus was starting his exploration in the world. It was during the 15th century when the cultivation of coffee began. During this time, the province of Yemen in Arabia was the only source of coffee in the world. The plants there were highly guarded and even prohibited to be taken outside the country. Despite this, Muslim pilgrims still smuggled the coffee plants out of the country. The coffee was then established in India.

In 1530, the first coffee house was opened in Damascus (now known as Siria) and not long after, there were many coffee houses in Cairo. Venice merchant traders took coffee to Italy and then Europe opened its first café in 1645. Not long after that, coffee houses became widespread in Europe as many Europeans became hooked on coffee. It gained so much popularity that even street vendors started selling it.

The Dutch presented it to their colonies in the 17th century. Eventually, coffee plants were transported by the Dutch to the East Indies and to the Americas where the french were the first people to plant coffee seedlings in Martinique, an island in the Caribbean. Those sprouts flourished and 50 years later there were 18,680 coffee trees in Martinique enabling the spread of coffee cultivation to Haiti, Mexico and other islands of the Caribbean.

Australians are considered one of the greatest coffee lovers in the world. It has been proven by the existence of many cafés in the country. It was during the late 19th century when Australian coffee began to grow commercially. It even won awards in London in the 1800’s.

Due to the high cost of labor, the industry was not able to compete with the prices of coffee in Africa, Brazil, Indonesia, and Central America. This caused a slight decline in the Australian coffee industry.

This situation didn’t last long though. In the early 1980’s, the coffee industry was re-established. With the help of machine harvesting, the growers had an opportunity to reduce the harvesting cost, thus enabling them to compete with imported coffee.

Australia, due to its geographical location, can only grow Arabica coffee. 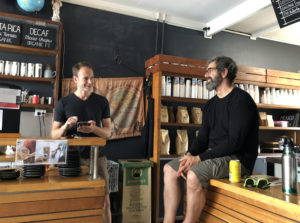 Through life and even coffee there are changes, and these changes often mark a new chapter in a story we…

When the weather starts warming up, we start to see the demand for cold pressed and iced coffees increasing at… 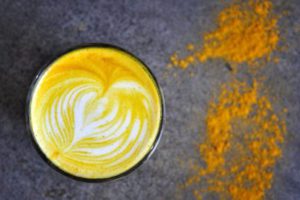 There are many people who love kick starting their day with a delicious cup of organic Quest coffee however, ending…